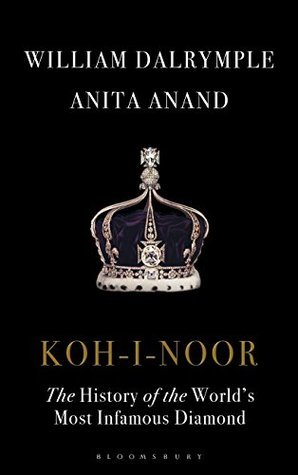 William Dalrymple and Anita Anand’s book on the Koh-i-Noor diamond has some glimpses of history that have a larger significance on how our world was shaped, and continues to be shaped. This is one such story of how untold wealth concentrated in a few hands often brings misery to a nation.

After the death of Aurangzeb, the Mughal dynasty went into a steady decline and emperors came and went. Between 1526 and 1707, in a span of 181 years, the Mughal dynasty saw six emperors. The following 40 years saw the same number of emperors, of which Muhammad Shah ruled the longest for 29 years. By the time Muhammad Shah became emperor, much of the political and military power had permanently flowed from of the emperor’s hands to that of regional strongmen who still payed nominal tribute to the emperor in Delhi. Sa’adat Khan of Awadh was the most powerful man in the North, while Nizam ul-Mulk the most powerful man in the Deccan. Delhi, itself, was still able to acquire the revenue generated in the provinces and was very prosperous.

In January 1739, the Mughal Empire was still the wealthiest state in Asia. Almost all of the subcontinent was ruled from the Peacock Throne – with the Koh-i-Noor still glittering from one of the peacocks on its roof. Although it had been in decline for half a century, and often racked by internal conflict, the Mughal Empire still ruled mot of the rich and fertile lands from Kabul to the Carnatic. Moreover, its decadent and sophisticated capital, Delhi, with two million inhabitants, larger than London and Paris combined, was still the most prosperous and magnificent city between Ottoman Istanbul and Imperial Edo (Tokyo).

Ruling this vast empire was the pleasure-loving Emperor Muhammad Shah – called Rangila, or Colourful, the Merry-Maker. He was an aesthete, much given to wearing tight, feminine peshwaz (long, open fronted outer garment) and shoes embroidered with pearls; he was also a discerning patron of music and painting. It was Muhammad Shah who brought the sitar and table out of the folk milieu and into his court. He revived the Mughal miniature atelier and employed master artists such as Nidha Mal and Chitarman, whose greatest works show bucolic scenes of Mughal court life: the palace Holi celebrations bathed in fabulous washes of red and orange; scenes of the emperor going hawking along the banks of the Yamuna or visiting his walled pleasure gardens; or, more rarely, holding audiences with his ministers amid the flower beds and parterres of the Red Fort.

In reaction to the harsh Islamic puritan militarism of Aurangzeb’s era, under Muhammad Shah (1702-48), from about 1720 Delhi saw an explosion of unrestrainedly sensual art, dance, music and literary experimentation, with the city’s poets writing some of the most unblushingly amorous Indian poetry to be composed since the end of the classical period and a millennium earlier. This was the age of the greatest courtesans whose beauty and notorious coquettishness were celebrated across South Asia. Ad Begum would turn up stark naked at parties, but so cleverly painted that no one would notice: ‘she decorates her legs with beautiful drawings in the style of pyjamas instead of actually wearing them; in place of cuffs she draws flowers and petals in ink exactly as it is found in the finest cloth of Rum’.

Around the same time the Safavid dynasty of Persia collapsed, creating a vacuum from which emerged the powerful warlord Nadir Shah. To pay his army, Nadir looked towards India. Kabul, then a Mughal city and the summer capital, fell to Nadir without much of a fight. He then descended the Khyber and defeated a 750,000 strong Mughal army at Karnal with his army one-fifth the size.

In the days that followed it also became clear that the Mughal army was both incompetently led and painfully slow-moving, capable of advancing only five miles a day. ‘If the army can defend itself, then Nader Shah has to be very lucky to defeat it,’ continued the Dutch report. ‘However, one has reason to fear that if the army of the Great Mughal does not put up an orderly defence, Nader Shah will not have too much trouble in defeating it… Many people look forward to Nader Shah’s coming, because the Emperor is so weak in governing that nothing is really done. His soldiers are badly paid, because the Hindu clerks steal everything and therefore are as rich as generals’

The lack of unity and cut-throat rivalry between Sa’adat Khan and Nizam ul-Mulk made Nader’s job easy. Sa’adat Khan arrived late at the Mughal camp found Nizam ul-Mulk already camped there. Against the better advice of Nizam ul-Mulk, keen to prove his superiority, Sa’adat Khan marched straight into battle without allowing his troops to rest and understand the lay of the land. Sa’adat Khan’s walked into a trap laid out by Nader Shah and his army was decimated, and he was captured. When he was presented before Nader Shah and told that his rival had been promoted by Muhammad Shah, he perceived it as a ‘personal betrayal’, and revealed to Nader the extent of the wealth of the Mughal empire and encouraged him to increase his demands a hundred fold. It wasn’t long before Nader Shah was in Delhi, living in the Muhammad Shah’s palace in Muhammad Shah’s own room, while Muhammad Shah was relegated to the women’s quarters.

Trouble however, was about to break in Delhi, and when Nader Shah’s soldiers went to negotiate with the grain merchants of Paharganj, there was a scuffle.

Shortly thereafter a rumour spread that Nader Shah had been killed by a female palace guard. Suddenly the mob began to attack Persian soldiers wherever they found them; by midday, 3,000 Persians had been killed.

Nader Shah responded by ordering a massacre of the civilian population. He left the Red Fort at sunrise the next day to supervise this in person. Dressed in full battle armour, he rode out to the golden mosque of Roshan-ud-Daula, half a mile down the Chandni Chowk from the Red Fort, to oversee the retribution from the vantage point of its elevated terrace. The slaughter began promptly at 9 a.m.; the worst killings took place around the Red Fort in the Chandni Chowk, the Dariba and the Jama Masjid, where all the richest shops and jewellers’ quarters were located. ‘The soldiers commenced killing, moving from house to house, slaughtering and plundering people’s property, and carrying away their wives and daughters,’ remembered the historian Ghulam Hussain Khan. ‘Many houses were set on fire. In a few days the stench arising from so many unburied bodies, which were filling the houses and streets, became so excessive that the air was infected throughout the whole city.’

In all, some 30,000 citizens of Delhi were slaughtered.

Even then, Nizam ul-Mulk and Sa’dat Khan found it difficult to reconcile with each other.

Nizam ul-Mulk appealed to Sa’adat Khan to ask Nader to put an end to the violence. Sa’adat Khan ordered him out. That evening, Sa’adat Khan committed suicide by taking poison, horrified at the disaster which he had helped unleash. The Nizam then went bareheaded, with his hands tied with his turban, and begged Nader on his knees to spare the inhabitants and instead to take revenge on him. Nader Shah sheathed his sword and ordered his troops to stop the killing; they obeyed immediately. He did so, however, on the condition that the nizam would give him 100 crore (one crore = ten million) rupees before he left Delhi. ‘The robbing, torture and plundering still continues,’ concluded Leypsigh, ‘but not, thankfully, the killing.’

In the days that followed the nizam found himself in the unhappy position of having to loot his own capital city to pay the promised indemnity.

Nadir Shah finally returned to Persia with an unimaginable booty.

On 16 May, after fifty-seven catastrophic days in Delhi, Nader Shah finally left the city, carrying with him the accumulated wealth of eight generations of imperial Mughal conquest. The greatest of all his winnings was the Peacock Throne, in which was still embedded both the Koh-i-Noor and the Timur Ruby. The loot was loaded onto ‘700 elephants, 4,000 camels and 12,000 horses carrying wagons all laden with gold, silver and precious stones.’

The riches from India, however, was not destined to make the Persian subject any happier.

It was in 1746 that Pére Bazin entered Nader’s service. The two men had originally been introduced by the British East India Company representative at Isfahan which, following Nader’s return from campaign in Central Asia, looked less like his capital city and more like ‘a city which had been taken by assault and then given to the fury of the conquerors’.

Each time the Jesuit left the royal palace, he would pass the bodies of at least thirty men who had been murdered by Nader’s soldiers or strangled on Nader’s orders. Others were thrown into fires or had their severed heads erected in the grisly pyramids that marked the stages of Nader’s progress: ‘He was the terror of the Ottoman Empire, the conqueror of India, and master of Persia and of Asia,’ wrote Pére Bazin. ‘He was respected by his neighbors, feared by his enemies, and lacked only the affection of his subjects.’

The Mughal dynasty finally came to an end in 1857 after the last Mughal king, Bahadur Shah Zafar, was exiled to Burma by the British. By then, Bahadur Shah’s reign didn’t extend further than his palace and its vicinity.

This essay is intended for educational purposes only.

The Odd Website is dedicated to books. Every now and then there is a extract from or a review of a book of interest in it. On the odd day, there might be an essay about books, and occasionally we might even share a video about an old school or a fancy bookstore that we like. In short, we're not averse to anything that has to do with books. This website is non-profit and extracts and reviews are for educational purposes only. If you like books you might consider subscribing.

« Pitfalls of Anthropomorphism: The Hidden Life of Trees Bullshit Jobs »